Every lover of the outdoors must visit Llandudno and explore some of the scenic walking routes, which will offer spectacular views and great photo opportunities. The landscape of North Wales makes the area one of the most popular, and beautiful walking destinations in Wales and the UK. This is really captured in Llandudno, in particular three walking routes named the Little Orme Route, Nant Y Gamar Route and the Llanrhos & Deganwy Route. 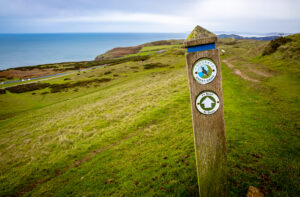 Two of Llandudno’s best features are The Great Orme and the Little Orme, and a brilliant walk route you can use takes you up the Little Orme. The route begins on the lively Llandudno Promenade, where you can first grab a bottle of water or a bite to eat for some energy. The route takes you to the summit of the Little Orme, from which you can expect to see some breath-taking scenery and views, especially on a clear day. The route is 3.2 miles long and on average takes just under two hours to complete if you are taking in the beauty of the area. The walk is not considered too difficult with some steep hills in places, with a lot of flat terrain.

Another much enjoyed walking route is the Nant Y Gamar route, which starts from Craig Y Don and takes you through Penrhyn Side. This route is a gradual rise followed by a decline downhill following a path. It can be quite steep in places, making for a great workout if you are trying to keep fit. The route cuts through woodland and grassland areas. The distance isn’t too dissimilar from that of the Little Orme route at 3.7 miles, so you can expect this route to take longer at around two hours.

This route begins in Llanrhos and takes you in a circular direction resulting in you ending up on the Deganwy Vadre. The end of the route is where you’ll find the area where Deganwy Castle once was, a nice piece of historical context to the route. This route is a lot shorter than the previous two routes mentioned, with a distance of 2.2 miles, meaning this walk should take you closer to 45 minutes to an hour. The terrain along the route can be mixed, from flat areas to steep areas. This route would be an ideal walk for a catch up with a friend or family member, not too challenging and not too far.

To get the most out of these walking routes, why not bring a camera or a pair of binoculars to take advantage of the wildlife and views. These routes are often popular with the likes of bird watchers due to wildlife that live around the area.