The Little Orme is the headland separating Llandudno from Penrhyn Bay and made from Carboniferous limestone, which began forming around 300 million years ago on a tropical sea bed. It has been noted that due to constant changes in sea level, the limestone rock has eroded over time, and the fossils of various creatures remain, which are easily recognisable. However, The Little Orme is often overlooked by its superior sister, The Great Orme. Despite this, throughout history continues to be a primary site of archeological and social importance.

History of The Little Orme

Critics have noted that unlike The Great Orme, The Little Orme has not been developed for copper mining or tourism. https://www.llandudno.com/the-great-orme-copper-mines/. However, limestone quarrying in the mid-19th century on the Penrhyn Bay side was apparent until 1936. Moreover, Penrhyn Old Hall is renowned for its history. Notably, in the Elizabethan era (1558-1603), during the persecution of Catholics in Britain. Robert Pugh, the owner of the hall, use to hide Catholic priests when Catholicism was illegal.

To see Llandudno from a different perspective, why not visit The Little Orme. It provides stunning coastline views of The Great Orme, Penrhyn Bay, and Angel Bay. Not to mention on a clear day, you can see the second-largest offshore wind farm in the world, with each turbine reaching 150 metres in tip height above sea level. “These spectacular but controversial wind turbines started generating power in 2015, and the project initially cost £1.8bn”. This grand project has supplied around 100 maintenance jobs and will provide enough electricity to annually support 400,000 households. However, there are rumours that this development is just the tip of the iceberg (whether we like them or not). 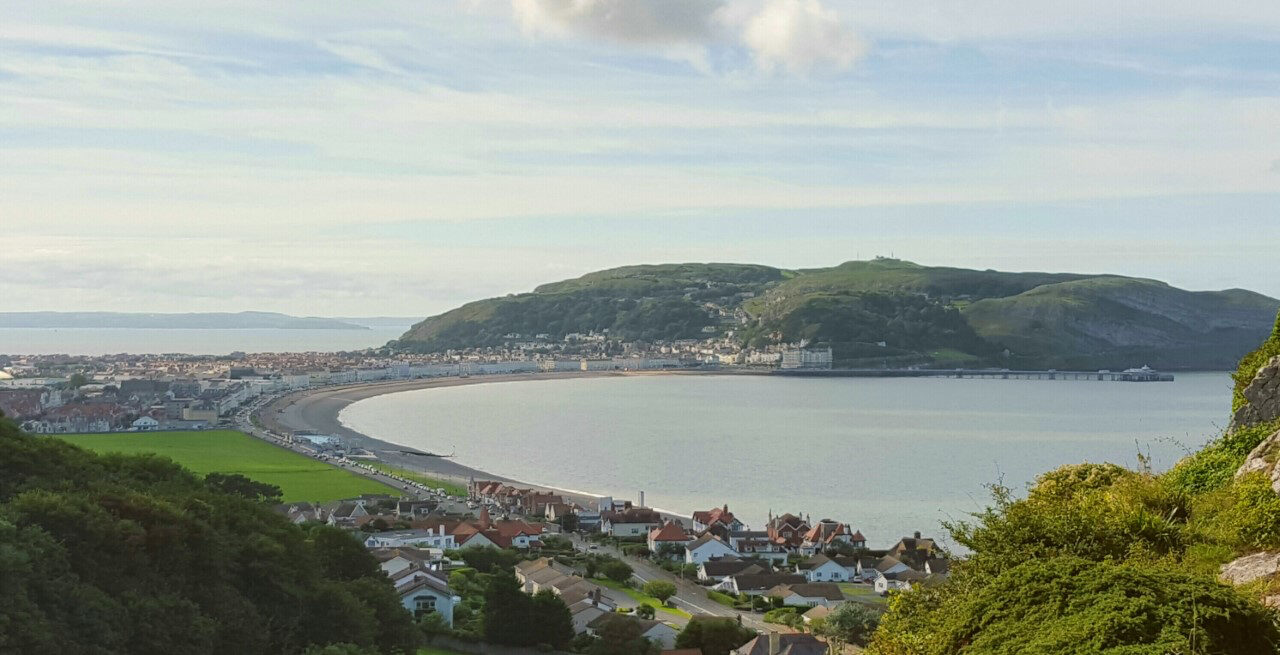 What is There to See?

Although The Little Orme, unlike its superior sister, has no man-made attractions, it makes up for this in its abundance of wildlife. For instance, The Little Orme is home to different seabird species such as kittiwakes, razorbills, guillemots, and many of the gull family, providing the ideal nesting place. There are also numerous unexplained heaps, holes, and bumps embedded within The Little Orme’s structure, leaving a great deal of ambiguity in the minds of many.

Catch a glimpse of the famous seals of Angel Bay during your visit. It is home to some of the rarest seals in the world. Grey seals are large marine mammals, with an average length of 2.6m and weighing up to 300kg, and their scientific name is ‘Halichoerus Grypus,’ meaning hooked-nose sea pig. The UK is home to about 40% of the population. They are seen in increasing numbers on the bay’s stony shore, usually during the breeding season (between September and December). Although it has been noted that the grey seals are visible all year round, and therefore tourists and locals regularly come to Angel Bay to spot them and their pups.

The Little Orme is a short walk with a slight incline, a desirable advantage from The Great Orme. However, if you are an avid walker, it offers a more strenuous hike if you walk from North Shore Promenade Llandudno right up to The Little Orme in Penrhyn Bay. Should you need a rest, there are some well-situated benches to sit on and take in the peace and beauty while enjoying a butty or two! It is important to note that there is no designated parking for walkers. However, it is possible to park on the housing estate next to The Little Orme, and the access is from the road leading to Penrhyn Bay Co-Op.